Welcome to the podcast.

1. What my mailman told me about the LRT
2. Birdwatching
3. Gourmet, high-tech hamburgers
4. The butterfly effect
5. The similarities with dogs, cheeses, people and neighbourhoods
6. Life without the internet
7. Foreign Money and Canadian real estate
8. An assignment problem in Vancouver real estate
9. Second chances
10. Charades

The LRT saved our mail delivery
I was talking with my mailman the other day. One of the advantages of working from home is I got to know him. He is a really good guy. I like him. He told me that he is likely changing routes in a few weeks and that is too bad. I will miss our short but ongoing conversations.
He told me that the LRT saved a lot of Kitchener Waterloo mail delivery routes from Smart boxes. We were otherwise one of the first cities to implement the smart boxes.
For the record. I don’t really care about home delivery. If I had to go to the smart box and pick up my bills and junk mail, I’m ok with that. I’m out walking Cheech almost every day anyways.

A note about postcards
I got a note (a comment) about postcards. I won’t read the whole thing because if you ever read the comments at the bottom of websites, newspaper websites especially, the anonymous comments, they are sometimes hard to understand how these people function in the real world.
The world will be a better place when anonymous comments are not allowed. Of course the world won’t be as funny.
So anyway, I won’t read it. You get the idea about that comment. I know what kind of person it is from.
The reason I like to talk about postcards from realtors is because we have commodified ourselves by dressing the same, acting the same, driving the same kinds cars…the general public thinks we are all alike and I like to point out that I’m not like the rest.
The other reason I point out the junk mail is simply for its waste. I don’t need it. I didn’t ask for it. It is not going to change my buying behaviour. Now that we have the internet, it is irrelevant.
One of my challenges this year is to purge my belongings. I’m a little embarrassed to say that I threw away a box of books last week. I don’t need them. I don’t want them and I’m not about to make myself feel better about getting rid of them by building a little lending library in front of my house.
Those things are like bird watching.

Let’s move on to what’s new in KW
CaliBurger opened it’s first Canadian restaurant in Waterloo at 255 King Street North. Thats the same plaza as Smokes Poutinerie. Across the street from Burrito Boys. You can see why none of my favourite restaurants are ever written up by food bloggers. Mine are all guilty pleasures.
Anyway, CaliBurger is not only a gourmet burger joint, it is a tech-savvy hot spot. I went there on the weekend and I’m still recovering. It was fabulous. I think I ate a whole weekend full of calories.

The butterfly effect
Real estate is local but were are living in a global economy so real estate is international too. For example, I am currently working with a client who is moving back to Canada from the Silicon Valley because his rent is $8000/month.
That’s nuts.
But that is also the butterfly effect.
Also, part of the reason that Google and other high-tech companies have set up in Canada is because it is cheaper and I suppose easier for them to come to he talent, rather than having the talent come to them. With the Canadian dollar as low as it is, Canada is not the third world but it is the near world so American companies can save 30 cents on the dollar employing hosers.
Canada is also a safe and stable country. If that nut Trump get elected, we might see a lot more americans and American companies move here. He wants to build a wall? Maybe we should be building a wall.

On the internet, no one knows you’re a dog
I don’t know about you but I used to always think that people think just like me. We see the world through our own eyes and we expect others see the world the same way too.
Of course they don’t, and that’s what keeps working with people so interesting, sometimes frustrating but always fascinating. I’m reminded all the time about how different we all are. We are like breeds of dogs, or kinds of cheeses — that kind of different, different varieties with unique characteristics, not different like cherry coke and vanilla coke and now lime coke, those are just different flavours of the same thing – coke.
So I’ve had an interesting few weeks with people. I think we are tired with winter and we are just getting nasty now.
I had some private sellers who I was trying to help. They essentially lied and cheated to get what they wanted, their house sold without paying a commission. But my buyer clients are happy and I’ve moved on, lesson learned. I can’t get all bent out of shape by things I cannot control.
I had an angry email from a guy who didn’t like something I posted about his neighbourhood. He accused me of being a snob. I’m not. I work for a living. I work hard. Just because I write that I think Beechwood is a great neighbourhood, it doesn’t mean that I live there. There are other great neighbourhoods around the region. And I’m sorry to say that there are some not so great neighbourhoods too.
I have a test, a question I ask myself, “would I be happy if my mother (or sister, or daughter) lived in this neighbourhood?” If the answer is no, then your neighbourhood does not pass the test. It’s my opinion.
Deal with it.
Dogs, cheeses, people and neighbourhoods are different. 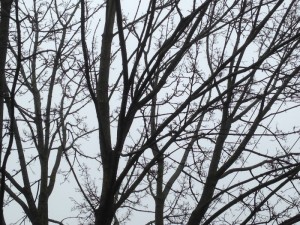 Life without the internet
OK here is a captured thought.
What if there was no internet. What if it somehow got wiped out? Could we go back to the way we used to do things? How inconvenient would that be.
And its not just the inconvenience, its the access to information. Everything you need to know is right there and everyday more stuff gets added in. Old TV shows you used to watch are now on Youtube. Old blog posts I wrote way back in 1999, they are still there. That’s what I love about the internet it is keeping and replacing everything physical.
When I worked at the Guelph Mercury, down in the basement, we had what we called the morgue. Shelves and shelves of old issues of the newspaper going back 18 months. Everyday, a lady would take ten copies of the day’s newspaper and add them to the morgue. At the same time, she would take the paper that was 18 months plus one day off the shelf and through them into the recycle bin. That was it, 18 months worth of history we kept. And getting access to it was time consuming and a little dusty.
The cornerstone of our economy has always been fairly average people doing fairly average work. The internet doesn’t change this. It just makes it easier to do things and find things. On the internet, there are more than three ways to get anywhere. Customers do not come in the front door and you cannot control the message.
I think about the internet a lot. I could never go back to the way things were.

Canadian real estate and the world economy
Real estate is a commodity. It used to be that houses were homes but now they are investments. A new client of mine has been buying/investing in real estate for more than a decade. He used to live in Vancouver and had problems buying his first home there back in 2009. He said that every time he found a place he would be outbid. He said the market was nuts because international investment funds would buy up everything regardless of the cost. That was in 2008/2009 when the financial crisis hit. Canada was seen as a safe haven for money. Much of the money coming into Canada flowed into real estate.
My client ended up buying into a co-op which in its covenant said that the owner had to live there – the place could not be rented out. That was the only way he could buy something. We have co-ops here in Waterloo Region but they are rare. They come with their own issues.
Real estate has changed a lot in the past ten years. But then I suppose everything has changed a lot in the past ten years, right?

Shadow buying
A developer I know sent me an email and an address. He wanted me to knock on the old lady’s door and ask her to sell. He wants to tear down the old house and put up an epic one. That is happening here and there around Kitchener Waterloo.
I thought, “why don’t you knock on the door yourself?” But then I saw this story about the shadowy side of real estate.
Seems what is happening out in Vancouver is that homeowners are being approached by individuals with notes or knocks on doors and the message.

Some messages go on to say that you will save the commission, the price will be above assessment value, that the home seller will not have to endure the rigours of open houses, home inspections, property disclosures and all the other regular real estate hassles. It sounds too good to be true.
It is.
These illicit and unlicensed real estate wholesalers are out on the prowl, working for background investors. They assign the contract for a 10% fee and then move on to find their next payday.
The house gets resold before closing to an investor. The assignment part of their activity is completely legal. Condo unit contracts get assigned all the time. It is the first part of this scheme that is shadowy. There are no rules that have to be followed. It is buyer beware. Also Fintrac doesn’t like it because nobody knows where the money is coming from.
Now, I don’t want to give the impression that this is a big problem. It isn’t. It is just another manifestation of the commoditization of real estate.
I work from my home office. When people interrupt me at home. They always want something. It is always for their benefit not mine.

There are no second chances
My call to action this week is about second chances.
Real estate is a bit of a free-for-all right now. It’s a fast moving market economy. If you are a home buyer, the way the market is, you’ve only really got one chance to buy that house. You have to get it right the first time. You have a gun to your head.
For buyers, it’s like shopping at Costco. If you have to think about it, it won’t be there when you come back in three weeks. We have a real shortage of listings and the way the market is moving even the over-priced listings are selling. They are selling because of the desperation of buyers to find something, anything, before the prices rise further. They are selling because the market price is quickly rising to what was six weeks ago considered overpriced. Overpriced listings quickly become market priced listings in this market.
There are no second chances, but there are do overs. When you miss one there will be a new day, new listing, with new learnings, new knowledge, and new prices.

Adjust and adapt
With the pressure on, first of all DON”T PANIC, adjust. My parting thought is this:

The worst time to have a heart attack is during a game of charades.