Today is October 16 2017 and this is the 61st episode of the Marshall Report. Welcome to the podcast. In this episode:

Let’s get on with the show

There are links to most of these topics on KWRealEstateNews.com

So we got a small bump in listings

On October 3rd there were 727 homes listed for sale in Kitchener Waterloo. Yesterday there were 765. That seems a little lower than it should be at this time of year. I should go back and check the  historical averages.

I showed 36 homes in September. This is down from the springtime when one month I showed double that. I think I show on average about 500 homes a year. On a monthly basis, it expands and contracts with the market.

I worked with 11 clients in September and was successful with one purchase.

Of the homes I showed last month, they ranged in price from the very reasonable $218k to the very expensive $1.2m.

As an aside, earlier this year, homes in the middle of the market were getting bid up and up and up making the top of the market relatively inexpensive. For example, it is unreasonable (to me at least) that a less than 2000 square foot 20 year old home in Laurelwood would sell for more than $700k where as a brand new over 4000 square foot home in Claire Hills delivered from the builder was selling for $1.2m.

Of the 36 homes I showed in September, 5 are currently unsold, 1 expired, 2 were cancelled and 1 received a bully offer.

The average over asking selling price of houses that I visited with my clients was a little over 4% over asking.

Kitchener-Waterloo is two cities for the price of one, and it even contains the headquarters for Blackberry. However, “neither city is particularly exciting,” writes Lonely Planet. If it doesn’t happen to be Oktoberfest, tourists are advised to speed through as quickly as possible. Come on! Are we going to take that?

A budget variance report heading to City Council projects the deficit in that department by year-end, with $360,000 of that being attributed to a contract the city has to process the Region of Waterloo’s organic waste.

Loose leaf collection begins on Oct. 23 and lasts unit the week of Nov. 20-24 (weather dependent). Residents should check the schedule below and rake street tree leaves to the curb as closely as possible to their collection date. Please be aware that this program is weather dependent and may be delayed or cancelled based on poor conditions.

An airline already flying out of Toronto’s Billy Bishop Airport says it will start offering 18-minute flights to and from Waterloo Region next month.

If you are not doing anything tomorrow afternoon. Chamber of commerce is holding their annual BUSINESS EXPO. What a great chance to see some old friends and meet some new ones.

Kitchener has a list of about 15 cycling infrastructure projects it would like to go ahead with. Kitchener applied for provincial funding for about $600,000 worth of projects that range from adding bike lanes to fill in gaps in the city’s cycling network to installing 100 bike parking spots a year for the next three years. The Ontario Municipal Commuter Cycling Program covers 80 per cent of the costs of building cycling infrastructure and has $42.5 million available this year for municipalities across the province.

The new train is fully functional and will soon start test runs on a section of the track between Northfield Drive and the intersection at Erb and Caroline Street.

Chalk gets replaced with $60,000 technology

The City of Waterloo has introduced a new system allowing parking bylaw officers to scan licence plates from their enforcement vehicles. Enforcement officers had previously used the so-called “chalk and walk” method, which involves marking parked vehicles with chalk and is still in use in most municipalities in Ontario.

UWaterloo and Laurier in the top ten

The city is working on plans to guide growth in areas within a 10-minute walk of LRT stations. Council approved the first plan, for the downtown, in May 2016. Three more plans, for Rockway, Block Line and Fairway stations, will follow in the next year or two. The Midtown plan, covers the area bounded by Waterloo, the Iron Horse Trail, Mount Hope Cemetery and the CN Rail line. The area already has what city planners say is “true work/life character,” with 2,650 residents and 3,000 jobs within its boundaries.

The former American Hotel was built in 1862 by Louis Breithaupt, a leading early industrialist and former mayor of what was then Berlin. It stood at the heart of the city, the so-called “Royal Crossroads” at the corner of King and Queen streets. But the glory of the Italianate-style building has faded over the years — most of its storefronts and two upper floors are empty, and the only remaining tenant is Capers Sports Bar.

The vibrant pace of growth and activity in the Canadian residential real estate sector is likely to moderate quite a bit in late 2017 as well as early 2018, in large part due to the possibility of higher interest rates along with government policies aimed at chilling demand in major markets.

Are BC and Ontario’s economies too reliant on real estate?

In Vancouver, sitting on a house can be more lucrative than working

Eye-popping returns coupled with Canada’s reputation as a stable sanctuary has made Vancouver a particular magnet for global cash. Vancouver’s net worth jumped by 19.4 per cent over the previous year, while Toronto’s grew by 17 per cent, Victoria’s by 15.4 per cent and Calgary’s by nine per cent.

Canadians are borrowing against real estate at the fastest pace ever

Canadian real estate prices have soared, and so did borrowing against that value.

“Canadian homes have basements frequently filled with mosquitos. Canadian homes are also prone to crows and raccoons stealing food, and some are even threatened by black bears.” True, but…

In China, Private bike share companies  give cyclists the option to pick up a bike and leave it wherever they please rather than return it to an official docking station. The result is thousands of bikes scattered around the city like junk.

In Seattle, Amazon now occupies 19 percent of all office space. That number is expected to rise to 12 million square feet in the next five years. The company has spent over $4 billion on real estate in Seattle over the past two decades.

Paris is trying out clothing-optional park. Naturism is very popular in France

According to Google, Canadians want to know how to fix a toilet, a light bulb and a door. In Peru however, most people are curious about how to fix their washing machine.

A home for sale

Minutes away from all amenities, restaurants, the expressway, minutes to uptown Waterloo downtown Kitchener, easy access to public transportation.

I’m off to Taipei in a couple of weeks (and then onward to Ubud on Bali).

Taiwan is a special place for me. I lived there for most of the 1990s. I landed there in 1989 as a road-weary backpacker and eventually left maybe for good in 2000. I bought my first home in Taiwan. I got married there. Both my kids were born there. I had cars and motor scooters, dogs and furniture there.

I love the place. It is just so fun to be in a completely different culture and society. I love struggling with the language. I love much of the food – Taiwan is a foody’s paradise, not that I’m a foody. The weather is usually good and although I really like hanging around in big cities, it is so easy to get into the countryside for hiking and other exploring. And that is what I plan to do. Eat and hike in the mountains. And revisit some old haunts. 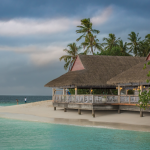 There aren’t many countries in Asia that I haven’t been to. North Korea, Myanmar, Laos, Pakistan, Bhutan, Indonesia… I’m about to knock Indonesia off the list.

I’m not bragging. I just love traveling and living in Asia. There is something about the food and the heat, the culture, and the natural beauty of the places. It is friendly people and safe cities. It is warm wet weather and crowded streets.

I’m soon off. Winter holidays. You gotta like that

July 6 2017 Kitchener Waterloo Real Estate News Update     What’s the difference between a grave yard and a cemetery? Although these two…