I showed 44 properties in March, 32 are now already sold. 24 sold for over asking price and 8 sold for under. I got involved in a multiple offer situation where there were 14 other offers. I did 10 offers for 9 clients and was successful a few times, unsuccessful a few more. I don’t beat myself up about it. When there are five or fourteen other offers, I am expected to lose a few. Even with the best knowledge,  you can never predict what the other guy is going to do.

There was a listing that I heard had 32 offers. I did not take part in that one! I viewed it with clients and felt that it was listed at least $50,000 too low. I don’t know why Realtors list things so obviously low. They encourage a carnival atmosphere, disrupt neighbourhood peace and parking.

I listed and sold a home near St Mary’s Hospital.  It went almost 13% over asking price with six competing offers. I had nearly 40 groups through the open houses on Saturday and Sunday. I thought that I had listed it about $10,000 too low. It is nice to be the listing agent so you can see how the offer prices spread out.

On my chat widget someone popped up and said that he heard that the market in Kitchener Waterloo “wasn’t that hot for investors”. I thought about it for a second and told him that he was absolutely correct. Investors cannot compete when homebuyers are looking for a place to live.

Homes that my current clients were interested in sold for an average of 5.37% over listing price in March. That’s about the same as February.

Now that Easter has come and gone, the Spring market stretches out before us like a field of budding crocuses. It is now or never people. 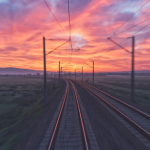 So, are we getting high speed rail or what?

The portion that runs between Kitchener-Waterloo, Guelph, and Pearson International Airport is pretty much figured out, but there’s a catch.

Sorting starts at home: Region looking to step up their recycling game

Waterloo region is looking to up its sorting and recycling game as the world looks to North America as a potential home for their recycling waste.

Communities around the world are feeling the pinch ever since China announced in January it would only accept the cleanest and purest recycling materials.

This fall could bring some major changes to dozens of bus routes in Waterloo Region, as the Grand River Transit network is realigned to meet the Ion light rail line in many locations. In total, 24 routes would be either created or realigned under the proposal.

It was in real estate in the 1970s. Using the money he made from bodybuilding, Schwarzenegger put a down payment on an apartment building. He quickly started benefiting from a “magic decade”.

Purchasing a home is easy if you follow these 7 steps

Whether it’s the very first time or fifth time you are buying a home in Waterloo Region or in other places, there are a number of essential actions property buyers ought to take.

Here’s a look at home prices to income ratios.

Canadian housing to be listed on Chinese Amazon-style site

The move comes at a time when many communities are trying to restrict foreign home-buying.

I was on the telephone with an old friend and new Realtor. (I consider anyone who has not been in the real estate game at least seven years as new). She was wondering if she should change brokerages. She was at that point that she was making money but saw how much the brokerage was taking, “and for what?”, she asked.

I know, I know. It costs a lot to be a realtor. A common commission structure is that the brokerage will take 30% of you commission until you reach $40,000 and then they will take 5% after that. That is on top of the regular office fees of about $500/month.

Do the math. It’s whacked.

Written By
Keith
More from Keith
A market’s absorption rate is one way to figure out whether a...
Read More