1) The number of home sold in the Kitchener Waterloo area totalled 290. That’s down 9.9% compared to January 2014. I’m not bragging but I sold two of them.

5) There were 722 new listings. Of those 529 were in Kitchener Waterloo. The rest were in the surrounding areas including Cambridge, Woolwich, Wellesley and Wilmot townships to name a few.

6) 354 listing expired without selling, were cancelled, withdrawn or suspended.

The lower statistics are being attributed to an above average December. September and October were also up by more than 7%.  November was on par. 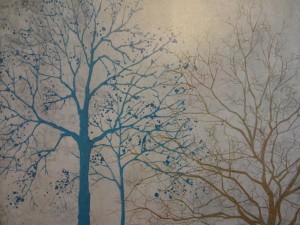 What do these statistics mean?

Not much. What conclusions can really be found by comparing this January to January last year? All it really tells us is that in January this happened, in another that happen. Consumers should be very cautious about drawing conclusions about long term trends when reading real estate statistics. I’ve written about how misleading real estate statistics are so I won’t go into it again.

From the chat widget

CW: I was listening to the news and is says that house prices were slashed by 5% in December. Is it true?

CW: So what it the future? Is it crashing?

KM: No. The prediction for this year is that prices will rise in Waterloo by 2.8%

Written By
Keith
More from Keith
Check out this great new listing at 544 Dansbury Drive in Waterloo...
Read More