Finally, after years of protectionism and talk, talk talk, eight Southern Ontario real estate boards begin sharing data. I tell you, the mentality of organized real estate is twenty years behind the times. It’s like these guys making the decisions for us are still renting movies at Blockbuster, smoking cigarettes, going out disco dancing, sending out “just listed” postcards and advertising their real estate listings in the newspaper. Hold on a tick. I think they are.

So finally we will have a shared regional MLS system. The eight associations represent over 7,000 real estate agents and brokers and include:

Guelph and District Association of Realtors

The Oakville, Milton and District Real Estate Board

Simcoe and District Real Estate Board

Elimination of access agreements within the shared MLS associations

The potential to integrate third party data into the MLS System

Purchasing power and economies of scale

Unified MLS Rules will apply the same way to every member.

I’m getting tired of writing about how hot the real estate market is this year. It is a great year to be a home seller. In September the number of homes sold in Kitchener Waterloo was up 14%  over September 2013. In total, 553 homes were sold –  the highest number ever recorded for the month. Of course, prices are up too, almost 9% for houses and 5% for condos.

And that means I’ve been busier than a weatherman in a tornado, busier than a three-legged cat in a sandbox, as you can witness from my blog, no time to write about real estate issues, just listings and sales, sadly and gladly.

On the other side, the hot market makes it rough for buyers. In the past eight weeks, I’ve been involved in numerous bidding wars, winning one and losing others. You have to be fast and decisive and take that house off the street before all the other buyers get it.

The real estate business is a marathon but the past eight weeks have been a series of sprints. 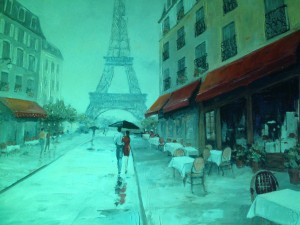 I’m becoming a grumpy old man. I’m reading articles like “The death of parking: How condo developers are adjusting to the car-less generation” and wondering if anyone is dumb enough to actually believe it.

Owning a car might not be as critical to the current generation as it was to ours. It is a well-known fact that Canadians are becoming much more urban. There is a big move back to the cities from the soul crushing suburbs of our parents generation. Public transportation has improved greatly. And immigration might have something to do with it too. 51% of the people who live in Toronto were born outside Canada – most countries in Europe and Asia are not nearly as car crazy as North Americans.

But having said all that, when property developers build building with limited parking spaces or none at all, it is not because of a demographic shift. Cars are not going to go the way of movie rental businesses, and bell-bottom pants. Cars are more likely to fade away, like newsmagazines and travel agencies. Developers build buildings without parking because parking spaces are not sexy. Parking costs a lot to build and a lot to maintain. Sure in New York and Shanghai you don’t need a car, but in Kitchener and Waterloo you still do. We just don’t have the infrastructure to support a car-less lifestyle.

When I’m showing Uptown Waterloo condos, a question I’m always asked, always, is, “How many parking spaces are there”?

Written By
Keith
More from Keith
What’s going on in KW Real Estate? Every Morning when I read...
Read More