Eight weeks into 2018 and the number of listing in KW has not risen above 550 homes, ~200 of those are condos. There is a listing I’ve visited a couple of times. Last time there were 37 business cards stacked up on the kitchen counter, Realtors with their clients coming in as we are leaving.It’s like a house party! The neighbours complaining about all the traffic on the street, nowhere to park because its a narrow street and snowbanks are taking up most of the street parking. It feels a lot like last year at this time. I thought the new mortgage rules were supposed to calm the market.

In case you missed it

A story about Waterloo from the Toronto Sun. We’re the greatest!

The Kitchener-Cambridge-Waterloo CMA, which includes those cities as well as North Dumfries, Wilmot and Woolwich townships, saw population growth of 1.7%. That figure was good for 10th place among the 33 CMAs in Canada. 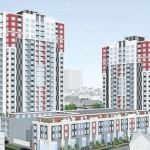 House prices falling in the majority of Canadian cities

Among the cities seeing a drop are Ottawa-Gatineau, Hamilton, Calgary, Edmonton, Halifax, Quebec City and Winnipeg, but not Toronto, Vancouver and Victoria. And, not KW.

Imagine inviting a couple to stay with you over the holidays – and they Don’t. Ever. Leave.

That’s the horror story that one Fergus homeowner has been facing since New Year’s Eve.

Selling a home in this market is the easy part. Finding a home to move into? Not so much. That’s one reason why.

Selling your home in the winter?

There are lots of great reasons to get the jump on your competition and sell your home in the late winter, the first is to get out front of the busy springtime competition. At this time of year, you can take advantage of the pent up demand that buyers have as not a lot has been listed since essentially the middle of November.

But if you are going to list your home for sale in the winter, there are a few things that you should do to maximize the effectiveness of your showings.

In 1973, 60 Minutes did a special report on a city that has it right: Toronto. It profiles the city as a “nice place to live.”

A recent report reveals that Canadian baby boomers’ investments in real estate outperform their other financial assets. Over half of the age group in Canada’s four largest metropolitan areas – Calgary, Montreal, Toronto, and Vancouver – said their real estate investments did better than their RRSPs, TFSAs, stocks, and bonds.

Refinancing a mortgage? You can now count Airbnb income

Using your house as an ATM just got a little easier in the USA. I haven’t heard that we can do this (yet) in Canada.

When we are travelling, we always stay in Airbnbs. Not only are they cheaper than traditional accommodations (hotels, guesthouses) but it gives us the chance to “go native”, pretending to be residents rather than visitors or (cringe) tourists.

A couple of years ago we turned one of our rental properties into an airbnb. We like the flexibility it offers as my mom comes every year and stays for a couple of months. We just block it off when we know she is coming — its her home away from home.

Another benefit that we have discovered is that short-term visitors are not as hard on your rental home as tenants. They are visiting KW for a specific reason, so they are not at home as much. They do not hang up pictures, bring their cat and they don’t do much cooking.  (Though they do tend to drink a lot – I had no idea!)

A drawback though is that even though Airbnb sends out a statement at the end of the year for income tax purposes, banks (at least my bank) does not consider short term rental income as income. We are buying a vacation property and this fact just came to light.

Today is August 15, 2017 and this is the 57th episode of the Marshall Report. Welcome to the podcast. In this episode we’ll talk…