I was on facebook yesterday. I ended up there after clicking on links trying to find out a little more about a music festival that is coming to town in June. It was my first time on facebook for a long, long time.

Last spring I gave up on facebook. It wasn’t exactly a conscience effort. Yes, I did remove it from my laptop’s bookmarks and it hasn’t been on my telephone for many years, but there wasn’t a single event, a decision, or the effect of some cause that lead me to give up on arguably the most popular social media site in the world. I was just thinking about how angry facebook made me. Not actively angry, but upset. Facebook always left me with more negative emotions than positive ones. So I stopped going.

Now I hear that facebook is going to change. I hear that it is going back to be more like it once was – place for family and friends to share things about themselves (the stuff they want to share — the stuff that makes them look good and feel good).

That’s great, but I don’t think I’ll go back.

The migration of buyers from the GTA has stemmed somewhat. Most of our buyers are now coming from the ever-growing local population. With aggregate home prices coming in just under $500,000 favourable interest rates and regional growth of 15,000 people annually, we expect to see continued robust activity…on the horizon.

Majority of the Torontonians who left Toronto went to nearby smaller communities or cities. The top three cities that most Torontonians have moved into are Hamilton, Oshawa and Kitchener-Waterloo

The company behind troubled student building

ICON Waterloo is an ambitious 600-unit condo tower next to the University of Waterloo campus that was built as an investment opportunity for people that wanted to rent out condominium units to students. But move-in dates had to be put off and owners remain angry about repeated delays in construction, and the company’s failure to establish a condo board to protect their investment. Then, at the end of 2017, the City of Waterloo sent bills to the current owners for property taxes they had already paid up front to Rise Real Estate. They accused the developer of having collected two years’ worth of property taxes and not passing that money on to the city.

Q: I have my downpayment saved up and I am pre-approved. What other monetary considerations should I consider?

A: Buying a home is the biggest financial investment most people make. Unfortunately many people aren’t as ready as they think they are when they begin their search. Below are some financial considerations:

Here are the companies that you should watch for in 2018: 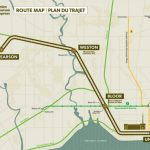 How Toronto turned an airport rail failure into a commuter asset

The Union Pearson Express launched with expensive rides and low ridership. Now, with fares slashed in half and a light rail connection in the works, it’s a legitimate transit alternative for workers.

A cooling market, but not for long

The fundamentals are too strong for things to slow for an extended period of time. Housing demand fundamentals, including low unemployment, strengthening wage gains, aging millennials and increased immigration remain supportive of market growth. 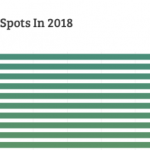 Amazon has revealed the top 20 cities for its second headquarters. Toronto is the only city outside the U.S. to make the list. Toronto is highlighting Waterloo Region (and Guelph) in its bid to attract the online sales giant. 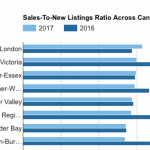 A common method for getting a read on demand is using the sales to new listing ratio. This is how CREA determines if your market is a “buyers” or “sellers” market. A balanced market, is 50%. The higher it is, the closer it is to a sellers market, meaning upward prices. The lower it is, the closer you are to a buyers market, so expect soft pricing.

I’m thinking of donating, selling and otherwise getting rid of my CDs. I have a lot, maybe close to 400? But I don’t have a stereo anymore. Well, I have one but it didn’t make the last move. It’s still down in the basement. It is probably full of dust.

For the past couple of years, I’ve been listening to my cds in the car only. And that’s fine. Maybe I should do with my cds what I did with my old cassette tapes two decades ago. I would play them one last time in the car and then throw them away.