Boys will be boys

As I get older, there are fewer and fewer things that bother me. I’ve always been a live and let live kind of guy and I’ve seen enough angry old men arguing about politics, freely voicing their uninformed opinions about world politics, telling their dumb stories about changing money in France and getting ripped off. That’s right, Uncle George, I’m talking about you. I’m not going to become one of those.

I’m sure, you, Uncle George, would love to voice your opinion, sign an petition to ban the man bun.

I wouldn’t. On the contrary…

Haircuts go in and out of style and are sometimes guaranteed to raise a smile.

I think the man bun is a dumb haircut, but I also think that Hitler youth cut, (shaved on the sides and long on top) is dumb. The mullet was dumb, but I briefly sported the hockey hair back in the mid 80’s. I had a moustache too. I’m not proud. I had the business in the front, party in the back cut. There have always been bad boy haircuts and the man bun is just the most recent. Boys will be boys. It is currently a party on top fashion. Get over it. Think about Samurai movies. If only those man bun wearers would dress in plaid table clothes and carry swards – that would be cool, cooler. 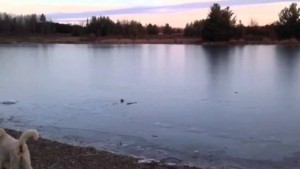 Dogs will be dogs

Dogs too will be dogs, and tonight there is a public meeting to discuss if Snyder’s Flats can go leash-free. I think it should. Everyone there, when I’m there, has a dog or two. Dogs love it. There are lots of trails with lots of burrs to pick up. There are rivers and ponds to get muddy or clean in, have a drink, fetch a stick and have a bath in all at the same time. My dog lays around in a lost lassitude, listless for 23 hours a day until I say, “you wanna take a walk?”

The current leash law at Synder’s Flats is ignored by most everyone. Most people would rather risk a ticket than tie up the dog. Hey if I wanted my dog to walk on a leash I would walk around the block, not make a special trip out here. Sure there are some complainers out there, Uncle Georges, who don’t like dogs, never go to Snyder’s Flats but don’t want the rest of us to have any fun at all. There is no party on top (or in the back) with these guys. It’s no fun at all, all the time.

I hate to say this, but our current dog parks in Waterloo region are pretty lousy. Better than nothing, but not by much.

I say, let’s tie up our hair, but let the dogs run free.

Let’s give our dogs dog buns too.

I like to read the Record online. I think it is better online because of the commenters, not a man bun wearer amongst them, I’m certain. I’m sure at least one of them is my Uncle George. Come on guys, almost everything is more important than municipal bylaws, like even but just barely the 2015 Ma-Xi meeting in Singapore.