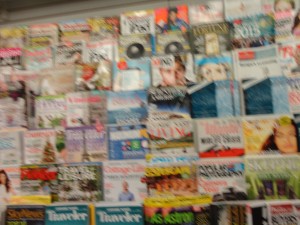 I love satire. A lot of people do. I’m wondering what we’re going to do without the Colbert Report. Luckily, here in Kitchener Waterloo we have The Waterloo Honk. If I were ever to start a newspaper it would be just like the Waterloo Honk. I was reminded of it the other day when a recent headline caught my attention.

Great headline. Funny stuff. It is a very funny fake news blog. Run through volunteers at University of Waterloo.

The website tackles local issues, issues important to our university students and sometimes just seasonal stuff. They have run stories about last spring’s sinkhole problem, stories comparing the LRT to a BLT,
Headlines include:
Ontario runs out of chick peas: Laurier to blame.
UWaterloo officially named Canada’s least sexy campus
Oktoberfest will be celebrated in August this year.

According to the About page
The Waterloo Honk is the official fake news paper for the Kitchener-Waterloo area, as dubbed by the Southern Ontario Association for Satire. All Honk stories should be taken with a grain of salt and a large cup of black coffee.

The Waterloo Honk is run by a small team of Waterloo locals who to aim to:
1 Entertain the community
2 Open discussion on local public events
3 Challenge readers to consider any piece of news they come across with avid scrutiny

A look at their recent stories,

The Santa story was about mothers whispering sexually explicit pick up lines into Santa’s ear.

“I once had a young mother lean very close to my head and, with peppermint on her breath, whisper ‘you can fill my stocking any night.’

“Child-Owner License Required for holiday Shopping” is a dig at Waterloo’s rental licensing bylaw. The pictures are wonderful.
Other headlines include:
Waterloo cyclists must have M2 Licence to operate bicycles.
Walking license now required for Waterloo pedestrians.
City of Waterloo to create new bike-car bylaw

“Caroline Street will be under construction forever” is a jab at the $818 million budget for the LRT.

A handful of Waterloo citizens have questioned the permanence of the project. Henry Krinkle says, “I can think of worse ways to spend $818 million, I mean, it’s making jobs right? I just want to know what they’ll be working on. Isn’t that where that little train rail thing was supposed to go?”