When you are budgeting for time, if you are like me, you will almost always find that everything takes twice as long as you think it will. But you can’t rush perfection. Also, in this market, why would you rush. If you are getting your house ready to sell, the longer you wait, the higher the price will be.

At least that’s how things are currently trending.

That said, I got a little behind in my townhouse improvement project. I had hoped to be ready for March 1, but I still need about a week. And now that it looks so good, we are having second thought of selling (Ikea effect).

The twin condominium towers proposed at 70 King St. N. where a former post office sits now vacant would have 321 residential units. The site is on King Street, Bridgeport Road and Regina Street. The plan calls for towers reaching 11 storeys above King and 24 storeys above Regina.

What are the Canadian housing markets to watch this month?

Ontario’s Greater Golden Horseshoe is one of the fastest growing regions in North America, expecting to grow 13.5 million people and 6.3 million jobs in the next 23 years. A new report from the Real Estate Investment Network (REIN) is predicting that Ottawa, Kitchener-Waterloo, Hamilton, Barrie and Brampton are the Ontario markets to watch in the next five years.

…and the local planning council is not happy

As the trend of backyard accessory dwelling units and laneway homes continues to rise, this is a valuable lesson in what not to do.

Over the years I’ve worked with several people downsizing from a large Beechwood-style homes into smaller bungalows or condos – apartments or townhouses or senior’s homes). In every case, it is a lot more work than anticipated. The problem is stuff, too much stuff to be precise —> or not enough room (if you prefer).

Company official says it has strong claim that Facebook has infringed on its intellectual property.

Malls in Canada aren’t just being killed by online shopping

Malls were once a go-to shopping destination and a teenager’s hang-out of choice, but now face an uncertain future as some of their biggest tenants lay off employees, file for creditor protection or hang a “closed” sign in the window and leave for good. Changing consumer tastes, demographic shifts, technological advances and more have added to their woes. 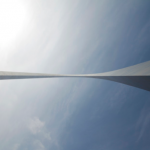 The Gateway Arch, a global icon, reconnects to St. Louis

Built as a monument to the westward expansion of the United States, it is the world’s tallest arch, the tallest man-made monument in the Western Hemisphere.

I gave up on the facebook about a year ago, don’t know if I was part of an alternate facebook or if I had just grown tired of it, but logging on just made me anxious and angry.

But that was then.

And actually, once I found my old classmates, married with children and living in Brockville, Fredericton, Ottawa and Reykjavik I was satisfied.

When I was in Taiwan recently, I noticed that a lot of businesses used facebook instead of having an actual website, what I think is a BIG MISTAKE — don’t build a farm on someone else’s land. Those are my current thoughts on the second busiest website on the planet.

Today is Thursday June 23rd and this is the 24th episode of the Marshall Report. Welcome to the podcast. In this week’s episode: 1….