October 16 2017. In today’s news: our enticing airport, a Chinese Canada, the problem with Silicon Valley, living in Korea, the weather, home buying, bierleichen.

Waterloo Region International is the only airport in Canada — other than Billy Bishop in Toronto — that restricts access to carriers, a relatively new and unique concept in Canada. Government-owned airports can’t limit service. We can do it because we’re owned by a municipality.

The Chinese real estate market in Vancouver (and Canada) has been a 20-plus year phenomenon. Continued unabated, our country will surely become more Asian than it is now. But hey, here’s what’s happening in Chinese Starbucks

Shunning the suburbs in Korea

In cities around the world, harried urbanites look to the suburbs for more space or a nicer house for their money. But in South Korea, the city apartment is still the dream.

And now the weather

This is my new screensaver

6 things every home buyer should know before buying a house

As homebuyers compete for properties, they risk overlooking some important details when undergoing the overwhelming homebuying process in haste – details that could make or break their experience. 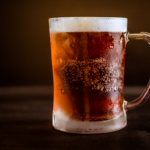 Get the Kitchener Waterloo Real Estate News on your digital doorstep.

The decision to sell a piece of property is a significant one, so you will want to be as well informed as possible before you begin the process. Your sale will go much more smoothly if you know what you are doing.

Most of the 74 Sears department stores are in areas with populations under 400,000. But like this guy, I can’t mourn the death of Sears. I’m not nostalgic about failed businesses. I do fondly remember the wish book though.

No bags, not even paper yard waste bags, will be accepted at the City of Kitchener’s nine drop-off sites for the 2017 leaf collection program

LRT testing on tracks this week