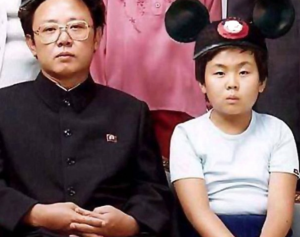 I’ve been fascinated with North Korea for a long long time. It is a relic from last century’s Korean conflict and Cold War. It is a failed ideology, a hermit kingdom and a dangerous, volatile teetering half-nation led by a group of old communist nut-jobs in big general hats and double-breasted army overcoats. It is fascinating, empty, quiet, quirky, tricky, stubborn and unpredictable. North Korea is a dynastic totalitarian dystopian weirdo of a half country and like a bad penny it keeps on keeping on, turning up in the news of the weird, the unbelievable and the hard to imagine.

Of course the news of the past few weeks, that North Korea threatened violence if the movie – The Interview – was screened made the movie famous. We all want to see it now and now we can in Uptown Waterloo at the Princess Twin Cinemas. It’s playing there starting on January 9.

The Princess Twin Cinema is a favourite of mine. I was even a member for a while, and I personally don’t like to join anything. But I live in Uptown and love the idea of popping out to see a movie and then walking home. The Princess Cinema is an independent cinema that shows everything from blockbuster hits to art films. Its ticket prices are $7.00 for members and $10.00 for non-members. A yearly membership costs $12.00 so you can do the math about what a great deal it is to be a member. For the budget conscious, you should know that the popcorn and soda is a fabulous deal in comparison to the big movie theatres.

Back to North Korea

It is always something with North Korea.

The architecture student, referred to only by his surname Han, vanished from Paris last month. He is believed to be the son of a close confidant of Jang Song-thaek, Mr Kim’s once powerful uncle who was executed last December on treason charges. His father was killed recently as part of the purge of Jang’s allies.

Written By
Keith
More from Keith
Another busy week in Kitchener-Waterloo Real Estate This week, the real estate...
Read More