I have a real estate client that recently transferred with Google from California to Waterloo Region. Relocating from sunny California to the coldest winter in Kitchener Waterloo on record is rough, he says. 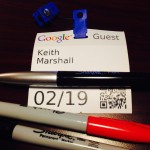 We’ve been working together for a little while now and he asked if I wanted to have lunch with him at Google. “Of course”, I said. Google is one of my favourite companies.

Google is one of my favourite companies
I’d never really thought about it before. I’ve never thought of myself as being very loyal to brands. But I guess I am. Google, Apple, Honda, are companies that I trust and use everyday.

Moving from Yahoo to Google 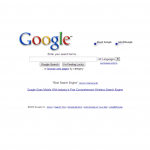 I remember in 2000 or maybe it was 2001 when someone I worked with mentioned Google. I was hooked instantly. I had been online since about 1997 and my default homepage, like many people was Yahoo. Yahoo was unbelievable back in 1997, better than netscape. From my homepage, I could read the news (I lived in Taiwan at the time), I could check my email and I could browse any topic that came to mind. I was connected to the outside world. Of course those were dial up days so the internet was slow, slow, slow. I remember that I would click on a news story I wanted to read, go make myself a cup of coffee and by the time I got back the story would likely be loaded (but the pictures wouldn’t). But that was like magic.
Although dial up was still ubiquitous in 2000 when I discovered Google, Google was noticeably better. I loved the simple homepage. Still do. I was an early adopter of gmail (I should have chosen keithmarshall@gmail.com instead of kdmarshall@gmail.com). And then I loved their Google labs. I would try out the applications, making my life simpler. The thing about Google, like Apple and Honda, is that things always work. 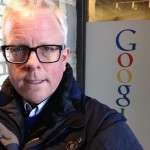 So I visited Kitchener’s Google office yesterday. I can’t tell you what a thrill it was. Having heard about the free cafeterias, the coffee bars, the slides and whiteboards and comfy lounging areas, it was nice to see that they really do exist. There is also a small gym, cereal bars, and bicycle lock up. If you want, you can even bring your dog to work. I’m sure the people who work there take it all for granted, but from an outsider seeing it for the first time, it is awesome.
I had watched The Internship and also Jobs on Netflix a few months ago and it was a little like that.

Kitchener Waterloo on the map
In a lot of ways we owe it all to Blackberry. We owe Blackberry to the University of Waterloo. “Waterloo Region”, the headline reads “is Canada’s land of opportunity”. “Kitchener’s downtown could add 20,000 tech jobs in the next 10 to 15 years”, reads another one. And then there is this one. “The life, death, and rebirth of Blackberry’s hometown”. These are all stories from the past few weeks. KW has certainly done alright in the past 15 years.
Google is expanding and moving later this year. My real estate client has already invited me to lunch in their new offices. Already, I can hardly wait.

Written By
Keith
More from Keith
The Seagram-Bauer House I had the opportunity to visit the law firm...
Read More