Based in Waterloo, Descartes paid US$87 million in cash and shares worth US$20 million to acquire MacroPoint. Cleveland-based MacroPoint LLC uses on-board electronic logging devices, smartphones and other technology to track vehicles and identify opportunities for additional freight moves.

Kitchener startup developed software for sharing VR tours of homes and condos. Home buyers could use the app to change the colour of walls, cupboards and switch appliances. But the real estate industry didn’t have much interest. 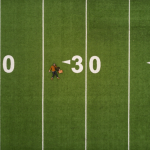 KW News in your inbox

Get the KW real estate news right in your inbox

Q&A with a moving company

Q:Do prices surge on specific days or weeks of a month?

A: The stretch between the 26th and the 3rd of any given month is considered peak moving time, when availability is lowest and rates are highest across the industry.

This is a milk door

The dial (arrows missing) on the inside of the door allowed the apartment dweller to specify what he/she needed from the milkman.

As a landlord, your mistakes can hurt your investment, which is not a good practice as an investor. Here are some pitfalls that all landlords should avoid.

Baby boomers, you’ve won this round

Baby boomers are lucky. They have options — keeping the home they’ve grown to love, cashing out and downsizing, buying a cottage, another home. And millennials, well, they’ll just have to adjust to not getting absolutely everything they want as soon as they ask for it.

Amazon announced that it is looking for a second place to call home, and Canadians across the country are making noise for their community. Waterloo Region is one of them.

What affect will the latest Bank of Canada rate increase have on housing markets? Two professionals weigh in.

Things that make me go “hmmmm?”

Before rates rise by the end of the week

Toronto realtors have been surprised to see that the spike in listings many experts had expected to overwhelm the housing market after Labour Day hasn’t materialized. This seems to be true in KW too.