Now that the summer slow down is over and everyone is back to work, I’ve been out and about doing what I do – talking to people. I’ve had a couple of recent conversations that I would like to share. 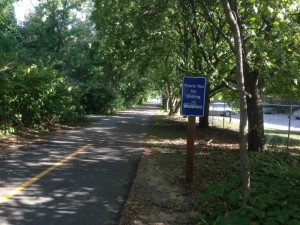 Part One – Systems and Pathways with Ben

I was comparing notes about how we approach the real estate business with Ben, a successful agent in my office and I was looking for similarities and differences to what I do.

Here is what I learned:

Eight years is long enough to have learned enough about the real estate game to succeed on a consistent basis. It is well known that most agents (70% by some estimates) do not last five years in the business. Both Ben and I have been in the business for about eight years.

Have a system. Both Ben and I have systems in place to deal with listings, inquiries, daily responsibilities, buyer guidance, work flow…most of the priorities that arise in our perspective worlds

Give them what they want. Clients can choose to work with any other agent. Ben say, “if a client wants something, give it to them”. If they want sales history information or what the house was purchased for five years ago, let them have it. They must want it for a reason. Even if you don’t think that reason is a good one, they do and the customer is always right. If a client wants to see a house, show it to him.

We didn’t discuss if a client wants to list his house too high, but I suppose as long as he knows that he is listing too high and what consequences that will bring, both Ben and I would let him.

Buyers agents. Both of us work primary as buyer’s agents. I decided very early on that I would market to homebuyers and let home sellers find me on their own. I decided this for two reasons.

1) The industry mantra is “list to last” and as such most agents go after listings and think of buyers as “time vampires”. It is true that buyers do take up a lot of time, but for me at least, it is not only a lot of fun working with buyers but also by working with buyers, I learn a lot. I likely tour, on average, 20 homes a week. That is 1,000 homes a year. I sometimes see the same house with different clients. When those houses sell or don’t sell, I know about it. It gives me a pretty good knowledge of what is happening in the market, time to sell, prices, features, styles…

2) I’ve always been of the mind, “if everyone else is doing it, do something else”. This simple rule of life is the main reason for my success. I blog. No other local realtor blogs (much). When I worked at the Record, most sales guys kept regular 9 to 5 hours. I used to go in at 6:30 and then take the middle of the day off and go to the gym or out for a long lunch, or finish up early in the afternoon. There are lots of advantages to carving out your own path. 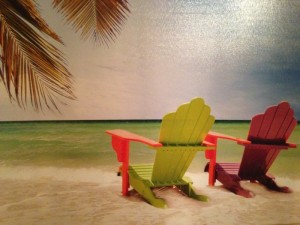 My buddy Scott is a real wheeler dealer. He’s into everything. He knows everyone and he is amazing at seeing the end goal and putting the steps in place to reach it. In his latest venture, he wanted my opinion about how to pay his salespeople.

I told him, “That easy. The highest paid salespeople should be the highest paid people in the organization. Their commission should be easy to figure out, say a straight percentage of sales.”

This is where most real estate brokerages completely miss the boat.

There are really two main models

Model one – Pay to Play:

Desk fees and expenses of $300/month to $400/month and then the agent keeps only 70% or the commissions earned, until he earns $40,000 in commissions and then he keeps 95%. This is complicated. What’s worse is that it resets every year, so just when you “make it”, your year is over and you have to start again with the same expenses but the lower commission split.

I guess it is not hard to figure why traditional brokerages want to have a lot of agents working for them. Under either model, the brokerage makes money (and the agent does all the work.)

Ask any agent (except me) what he would change about the real estate industry and he would say, “commission splits”. Most of us feel that the general public couldn’t care less whose brokerage business cards we carry. People, be they home buyers or sellers, are most interested in having their needs met. I could be Re/Max, Royal LePage or RedPin, they don’t care.

So back to the main point:

“The salespeople should be the highest paid people in the organization. The commission should be easy to figure out and should be straight percentage of sales.”

One day last spring, I happened to sell two houses. It was a good day. What’s interesting is that the two houses could not have been any more different. One was near $900,000 and the other near $100,000, essentially the most expensive and the least expensive homes on the market. The amount of after the sale work that I and my brokerage back office put into both deals was virtually the same.

So here’s the thing. Maybe instead of a complicated desk fee + expenses and a percentage of commission, brokerages could think about charging flat brokerage fees (or no brokerage fees), a flat transaction fee and the agent could keep the rest.